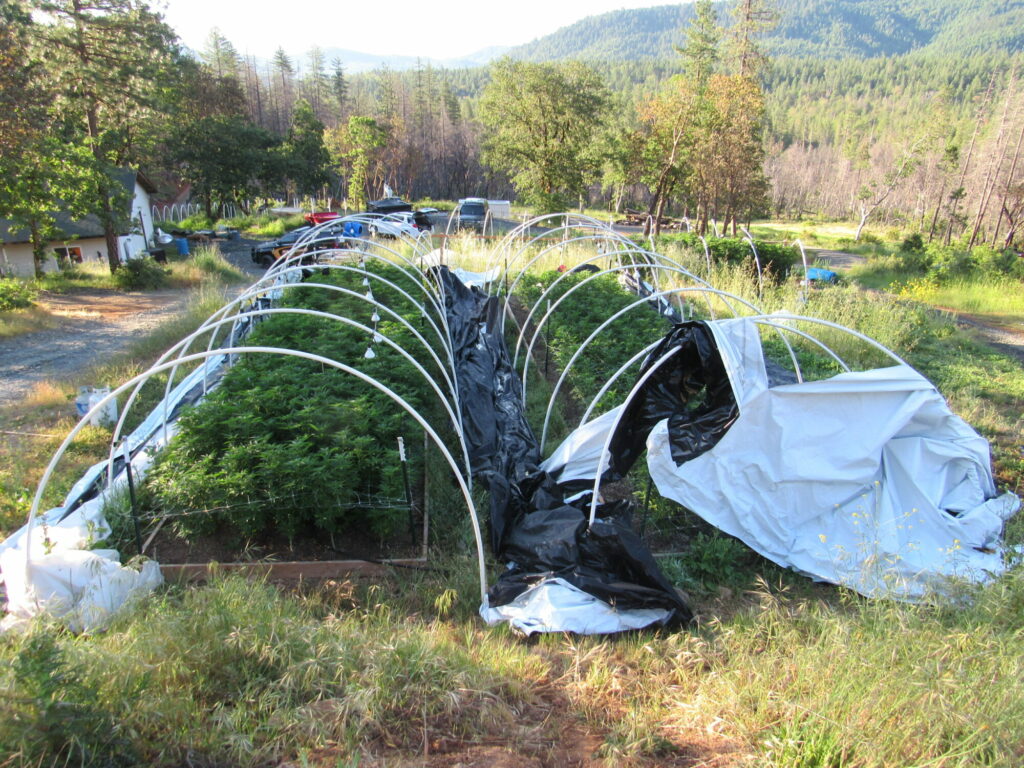 The Josephine County Sheriff’s Office said on Wednesday, the Josephine Marijuana Enforcement Team executed a search warrant at a property in the 1200 block of Pickett Creek Road northwest of Grants Pass.

At the location, investigators reportedly found about 4,300 marijuana plants and 500 pounds of processed marijuana. All of the illicit marijuana was seized and destroyed.

Multiple guns and pieces of equipment were also seized along with about $40,000.

28-year-old James Filomeo and 24-year-old Sheridan Westin were taken into custody and lodged at the Josephine County Jail for unlawful manufacturing and possession of marijuana.

No further information was released by the sheriff’s office.