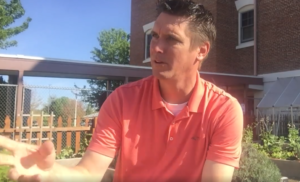 CENTRAL POINT, Ore. – A Principal with experience as a teacher, classified employee, and more is stepping into the role of Central Point School District #6’s Superintendent.

Today, the district’s Board of Directors appointed Walt Davenport to the position.

Davenport has been the Principal at Central Point Elementary for many years.

According to an email obtained by NBC5 News, acting Superintendent Samantha Steele says Davenport’s education experience stretches back through the district and around southern Oregon. Steele says Davenport’s previous positions include teaching and working as a classified employee at Eagle Point High School. She says he also worked as the Dean of Students at Crater High School and was Principal at Sams Valley Elementary School.

In selecting a new Superintendent, Board Chairwoman Autumn Chadbourne stated,

“We have many talented leaders in District 6 and the board’s decision to begin with an internal search was prudent, both in terms of costs for the process and in finding the best possible leader for the district.  Walt’s knowledge of the district and the community will allow him to hit the ground running and build on the successes already in place.”