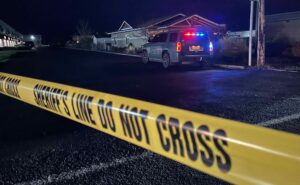 CENTRAL POINT, Ore. —A deadly crash in Central Point is under investigation. Police say a person is dead Friday, after a crash between a car and bike.

The agency says the STAR Team is investigating the crash. The victim’s identity has not been released.

Crater Lake Avenue was closed between the 5700 to 6100 block, while crews investigated.