Chief Judge Kimberly Mueller with U.S. District Court for the Eastern District of California, heard statements from the attorney representing the Hmong community. The hearing was scheduled for a preliminary injunction on Siskiyou County’s urgency ordinance 21-08, that restricts water trucks from traveling on “certain specified County highways.”

The plaintiff’s main argument against Siskiyou County, is that the Asian Americans lost critical access to water. The attorney, Raza Lawrence, says many of the residents are forced to travel far to get their water, instead of getting it through the water trucks. 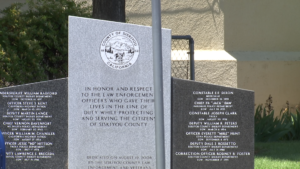 Judge Mueller referred both parties to mandatory mediation immediately. The letter stated the purpose of the mediation is to, “ensure people living in the Mount Shasta Vista subdivision have water to meet their basic needs while the court considers the pending motion for a preliminary injunction.”

The decision was a step in the right direction for Lawrence’s case.

“We can negotiate some kind of solution especially in these summer months, when its extremely hot and fires happening,” Lawrence told NBC5 Friday. ” It’s dangerous and a risk to people’s health to not have access to this water.”

The pre-mediation conference call is scheduled for next Monday.

This remains a developing story and a follow up post will be made as new details emerge.