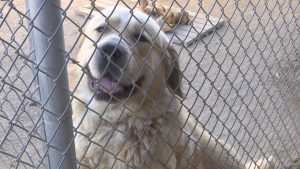 PHOENIX, Ore.– The owner of R & R Pet Resort is searching for someone to adopt a dog that was left at their boarding facility.

But she warns, this dog is not just for anyone.

Bruce is a Central Asian Shepherd.  He may look friendly, but the breed is known for being “on guard.” According to R & R owner Sue Ross, his friendly demeanor is a bit deceiving.

Ross said Bruce’s owner dropped him off because he bit his roommate. She had to get 17 stitches.

Ross says the owner dropped Bruce off at their resort to be boarded because he had to fly home to Australia. Ross said he had the intention of having Bruce shipped out, but travel plans got complicated. After 11 months of frustration and paying for Bruce to stay at her facility, Ross said the owner didn’t have much else to do. He told Ross to put the dog down.

But Ross said that’s a “last resort” option. She’s hoping there’s someone who’s able to give him a better home.

“Definitely not a house pet. This is not a dog for someone that doesn’t understand this type of a dog and personality,” Ross said. “I’m going to be very very particular where this dog goes.”

Ross said she’s hoping someone who has a lot of land for Bruce to live on would be able to adopt him so that he could roam more freely.

He’s a healthy 150 lbs, though Ross said he could stand to put on more weight. He’s about three years old.

Ross said Bruce is not the first dog to be left at her boarding facility, even though it’s meant to be a temporary home. In fact, he’s not even the only dog they have at the moment that is in need of another home. But because of his more difficult personality, she doesn’t want to bring him to a shelter or pawn him off on just anybody. 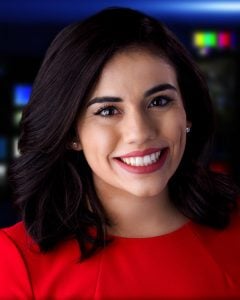