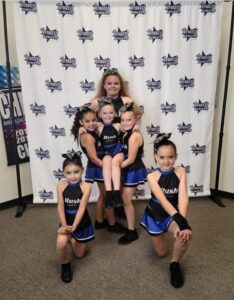 HAPPY CAMP, Cal. – Months after the Slater Fire tore through the community of Happy Camp, some of the littlest kids in town brought home a win this weekend.

The Rush Cheer and Dance team got 2nd place at nationals in their division.

The kids on the cheer and dance team range from 7-12 years old. Three of the team members lost their homes from the slater fire. The team’s coach, Savana Oliver-Hickey, told NBC5 News she couldn’t ask for a harder working group of kids.

The team’s next competition is in two weeks in Las Vegas.