JACKSON COUNTY, Ore — As Governor Kate Brown’s vaccine deadline approaches, Jackson County Commissioners are discussing the possibility of declaring a local state of emergency in anticipation of a surge of employees leaving the workforce.

On August 19th, Governor Brown issued a mandate for all health care workers and educators to be fully vaccinated by October 18th. Exemptions of the rule may include religion or other medical issues.

Commissioners voiced their concern that the mandate will force many affected workers to quit, due to opposition of taking the vaccine.

“We can’t afford those losses. A lot of these positions like school bus drivers and custodians will be lost permanently,” one of the Commissioners stated. “Its a problem hiring those positions already. How can we respond and not have our industries devastated by a vaccine mandate.”

Roberts noted that they want to talk with the state for the mandate to either be withdrawn or control to be returned on the local level.

“You can speculate what the emergency may look like but when you see the storm coming, you can either wait for it to hit and react, or we can prepare.” Roberts said during the meeting. 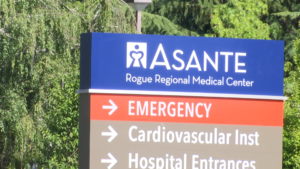 County administrator Danny Jordan questioned the effectiveness of declaring the state of emergency. Jordan stated that some of the hospitals in the area have wanted their workers to be vaccinated, and are prepared for the loss in staff.

Jordan also made clear to people that losing their job is not the only option with the mandate.

There has been no word yet of any resolution sent to the Governor’s office.

This remains a developing story and more details will be released as they emerge.