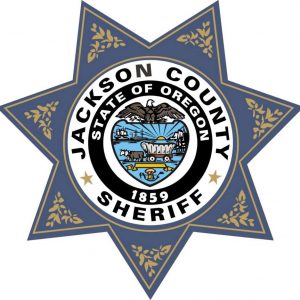 JACKSON CO., Ore.– The Jackson County Sheriff’s Office is having to adapt its operations after over 20 employees tested positive for coronavirus last week.

Sheriff’s department spokesperson Mike Moran, said there are now 24 people in the sheriff’s office who have tested positive.

He said it’s now putting maximum effort into keeping the virus from spreading to the public.

To do that, Moran says drastic changes are being made to adapt how deputies can safely serve.

“We’ve encouraged deputies when they are at the scene of a report to, if they don’t need to make close contact, to do it by phone. It’s less personal contact but still being able to get the job done,” said Moran.

Moran said as of today, there have been no inmates with covid at the Jackson County Jail.