JACKSON COUNTY, Ore — Local and state officials are continuing to address the surge in illegal marijuana grows, through new policy changes and legislation.

Jackson County investigators seized and destroyed nearly five thousand plants at a site on the 18-hundred block of Gibbon Road in Central Point on Thursday May 12th.

More notably, Jackson County Code Enforcement fined the property owner $33,000 for five separate violations. Detectives also seized $7,500 from the owner – which is believed to be the amount they were paid to lease the property for the grow. 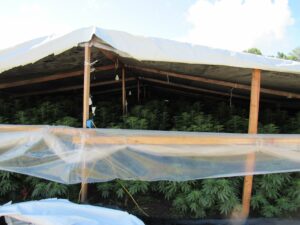 Alicia Brown, division manager for Jackson County Code Enforcement, noted that fining property owners and seizing money isn’t new, but the amount has increased because of the emergency.

“I do know that’s a common avenue that law enforcement will take, when they can prove there was profit from criminal activity,” Brown said. “The fines are so high sometimes because there’s multiple structures on these sites when we go to them.”

According to Brown, the county received a little more than 1,900 complaints from the community, with 60% of it being marijuana related. She noted that recent legislation and changes to policies from the Jackson County Board of Commissioners in 2020, is playing a key role in addressing the situation.

“Our [code enforcement] officers now have the ability to just drive through the community,” Brown said. “If they see something that’s cannabis related, they can address it without having a complaint from a community member.”

Part of the emergency according to Brown, is the living conditions of the workers. She said many are found to be living in tents, RVs, camp trailers and even greenhouses. 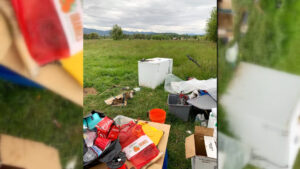 H.B. 4061 passed  in this year’s legislative session and signed into law by Governor Kate Brown. It largely regulates public tabs where people can fill tanks with water, as well as require record-keeping of customers.

Democratic Ashland state representative Jeff Golden, carried the bill in the senate. He said last week that the bill is a critical first step in cracking down on illegal grows.

“The criminal cannabis sector has played havoc [in Rogue Valley] in all kinds of ways, beyond what anyone imagined,” Golden told NBC5. “We’ve taken a big step but there are other big steps to take.” 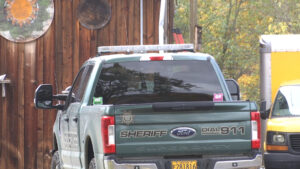 According to the bill – it is illegal to arrange or haul water to cannabis grow sites that are not registered, and the crop of plants is in an amount that is not allowed under state law.

Penalties for violating the bill is a Class B misdemeanor, and fines not exceeding $25,000.

Golden said that the state hired several new watermasters to help tackle the grows, but notes it will take an even more “sustained” effort from the community to assist.