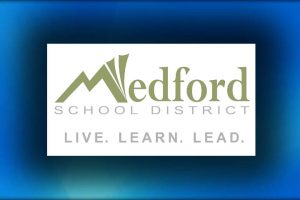 MEDFORD, Ore.– Bret Champion, Medford School District superintendent, says as for reopening schools in 2021, there are two things on his mind.

Oregon governor Kate Brown made the announcement that school districts and communities are now responsible with integrating in person learning when they see it to be safe.

With that creative liberty, champion says his school district doesn’t want to skip any steps.

“We want to make sure that what students come back to and what teachers are teaching in is as safe as science says it can be.”

He said he speaks with community members wanting faster results, but he says the district is doing everything it can at the moment.

“People want us to move urgently, and so do we. This is exactly what moving urgently looks like when the entire world was turned upside down.”

The district says the wait to get back to school is eating at many different groups of people.

But it says a new beginning is getting closer.

Natalie Hurd, district spokesperson, said, “Were getting close to hitting that orange level which we haven’t been in ever this school year.”

According to Champion, the district is still waiting on any update about when its educators might receive doses of the coronavirus vaccine.

“We are very frustrated with the lack of any kind of coordination,” he said.

“All we need is a coordinated effort to move this forward.”