ASHLAND, Ore — The Oregon Shakespeare Festival is undergoing major changes as it navigates through restructuring within the organization.

NBC5 exclusively learned that David Schmitz stepped down as executive director this past week after nearly three years. Current artistic director Nataki Garrett has been tapped to fill the position on an interim basis.

OSF also announced that 12 staff members were let go, seven furloughed, and about 18 positions are under a hiring freeze.

Garrett said the moves were carefully reviewed as every position is desperately needed. 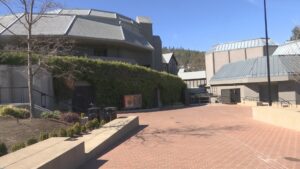 Garrett noted that Schmitz resigned while understanding the current state of the organization. He joined the organization in the fall of 2020, in the midst of the pandemic and the devastating Almeda fire.

At the time, 90% of staff were laid off, and hundreds of shows were cancelled. Schmitz and Garrett were faced with a difficult task of getting OSF back on track.

Since then, Schmitz has been credited with securing millions in federal grant money – along with $10 million from the Hitz foundation in November. 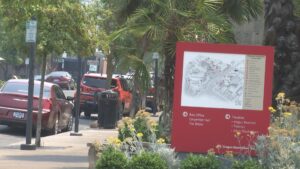 “He did make sure that we were as stable as he could possibly make us, before he decided to resign,” Garrett said. ”

As it continues to seek stable finances, OSF is beginning the 2023 season in April with lower ticket prices. Part of that, according to Garrett, is to attract more locals to theaters.

In an NBC5 Five on 5 last year, Schmitz noted that theaters across the nation including Broadway, are dealing with a drop in audience members.

“We’re seeing attendance across our theater industry and across many other industries, to be significantly down.” said Schmitz.

OSF will begin its season in April, with a Shakespearean classic – Romeo & Juliet.

Schmitz shared the following statement about his resignation below:

“These past two and a half years have been among the most challenging times in OSF’s history—from COVID, to the Almeda Fire, to the ongoing racism and threats to members of our community, to inflationary challenges, to rebuilding the company coming into 2022. These years have also been rewarding because of the opportunity I had to get to know and witness the incredibly talented people who dedicate their lives to this company. It has been my great privilege to work alongside Nataki and with such an exceptionally talented and dedicated staff and Board. I also treasured the opportunity to get to know and work with members of OSF’s incredible donor base as well as Ashland’s business community.”