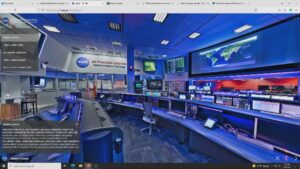 ASHLAND, Ore. — Can you imagine helping scientists with research at NASA?

An undergrad student from Southern Oregon University is doing just that.

Last month, Jack Diab, an incoming senior at SOU has been working remotely with NASA’s Jet Propulsion Laboratory. Diab says he’s wanted to work with NASA since he was a kid.

He says he’s doing research on a dwarf planet called ‘Ceres’ in the asteroid belt.

“We’re using a lot of thermodynamic modeling and numerical models to kind of simulate the ocean composition of early series and kind of relating that to data from the Dawn spacecraft which finished its mission,” said Diab.

Diab says he hasn’t gone to the lab down in California due to COVID restrictions.

He hopes to work for NASA following his graduation from SOU.

He says his chemistry and biology studies through the school helped him get into the internship.