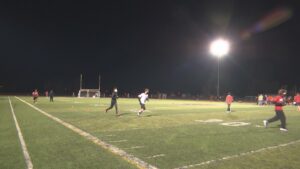 “The game against Grants Pass was just a great microcosm of what these kids and parents have gone through, and it couldn’t have played out better. It was exactly how you want people to persevere through the negativity and the odds and they did an amazing job doing it,” said McConaghy.

He says the next goal to tackle is finding a safe way for fans to watch the games from the stadium.