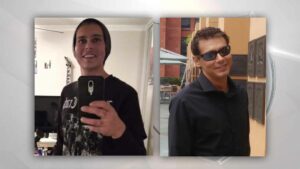 Update (11/20/20 11:00 a.m.) — The body of Matthew Lang was found on November 17 in a river several hundred yards from where his crashed vehicle was discovered in late October. No further information was provided.

Original story: JACKSON COUNTY, Ore. — Police are trying to find a man who may have been involved in a serious crash in Jackson County.

Oregon State Police said at about 5:30 p.m. on Tuesday, October 27, first responders found a rolled-over Ford Explorer without anyone inside along Highway 62 near the bridge over Lost Creek Lake.

Investigators said they believe 33-year-old Matthew Lang of Bend was the driver of the vehicle. However, he wasn’t found and has not contacted any family or friends since the crash.