The Jackson County District Attorney’s Office said Kristopher Clay, accused of planning a mass shooting locally, was affected by a mental disease while he was engaging in criminal conduct.

On September 22, 2022, Clay was sentenced to 20 years under the Oregon State Psychiatric Review Board and he’ll be taken to Oregon State Hospital by the Jackson County Sheriff’s Office. 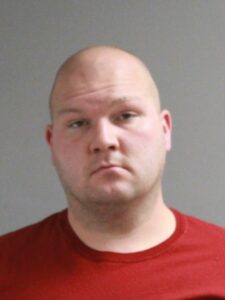 Police say on July 20th, 24-year-old Kristopher Clay arrived in the Medford Police lobby to request to speak with an officer. Officials say he told the officer he was having homicidal thoughts with plans to carry them out. The officer transported Clay to the Behavioral Health Unit of Asante Rogue Regional Medical Center.

According to officials, Clay was employed as a custodian at South Medford High School, so officials from the Medford School District were contacted. School officials, with the assistance of School Resource Officers, conducted a thorough sweep of the high school to ensure there were no active threats. Clay is no longer employed with the School District.

Clay has no known prior criminal convictions, but is prohibited from possessing firearms, due to a court order. The investigation revealed he obtained firearms through various channels.

On August 4th, Clay was taken into custody at Asante Rogue Regional Medical Center just prior to his discharge, for several charges, including attempted murder and unlawful possession of a firearm.

Police want to note that Clay was in protective custody up to the point he was placed under arrest.