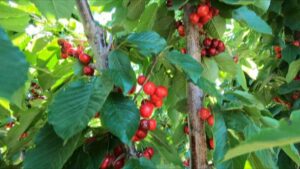 Farmers were out over the weekend surveying the damage to trees and cherries. What they found was widespread damage to both.

Northwest cherry grower James Michael said he typically earns about $150,000 for his cherry crop. But this year, he doesn’t expect to make a dime.

Across five states in the northwest, including Oregon and Washington, 2,000 orchards are harvesting an estimated 22 million boxes of cherries. It’s unclear how many the heat destroyed. But it’s also clear that many others were hurt.

Michael said, “We see heat stretching from British Columbia all the way down to California. I don’t think there was a cherry grower out there that was spared on the Pacific coast in one form or another.”