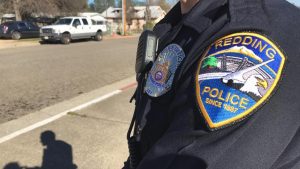 REDDING, Calif. – A Northern California elementary school was evacuated due to a suspicious device found at a residence next to the school.

According to the Redding Police Department, parents of Buckeye Elementary School students were instructed to pick up their children west of the school parking lot just before 2:00 p.m. Thursday.

Upon further investigation, police said they found a device in someone’s yard that was indeed suspicious. The Shasta County Sheriff’s Office Bomb Squad deployed their robot to check on the device or devices.

As of 2:40 p.m., RPD said they didn’t know exactly what the device was. The device’s purpose or the reason it was in the yard wasn’t known.

Nearby citizens were ordered to shelter in place or evacuate. The proximity of the school prompted the evacuation.