OSP provided no details about the gunfire. The agency said there were no reports yet of any injuries.

He was seen on foot in town wearing a black jacket and dark jeans. Otey is 5-foot-7 and weighs 150 pounds.

He should be considered armed and dangerous. Anyone who sees him should call 911.

Schools in the Neah-Kah-Nie School District were closed for the day due to the police activity in the area. 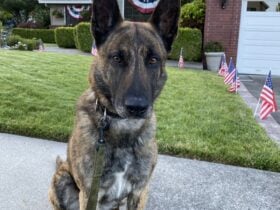