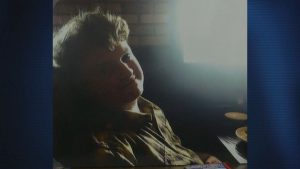 Columbia, S.C. (NBC News) – A grieving father warns of the dangers of caffeine, after it’s linked to the death of his teenaged son.

16-year-old Davis Allen Cripe collapsed in a classroom in his high school outside Columbia, South Carolina last month, and died in an emergency room.

The coroner reports the teen drank a large caffeinated soda, a latte, and an energy drink in the two hours before his death.

“I stand before you both as a broken-hearted father and hope that something good can come from this. Parents please talk to your kids about the dangers of these energy drinks,” said Davis’ father, Sean Cripe. “And teenagers and students- please stop buying them. There’s there’s no reason to consume them. They can be very dangerous.”

Richland County Coroner Gary Watts said, “What we want to do here today is to make people understand that these drinks – this amount of caffeine, how it’s ingested – can have dire consequences. And that’s what happened in this case. We lost Davis from a totally legal substance that any one of you can walk out of here today and stop at any store and get any one of those things.”

“You know, a cup of coffee, a can of soda, isn’t going to cause this sort of thing,” said Richland County Deputy Chief Pathologist, Amy Durso, MD. “It’s the, the amount and also the time frame in which these caffeinated beverages are consumed that can put you at risk, for anybody really, for your heart to start beating very, very rapidly and that could cause a sudden arrhythmia and in rare cases such as this can cause death.”