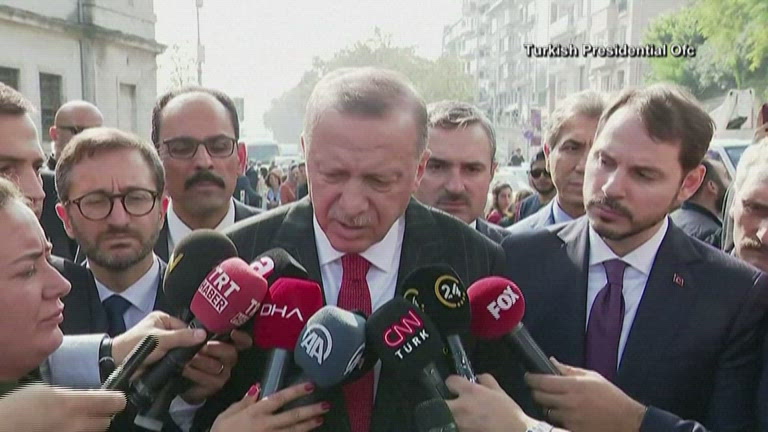 Dredgers have moved to within 15 yards of the bow of the ship and have removed tons of sand below and around the “Ever Given,” one of the largest container ships in the world.

The ship is so heavy that it can’t be pulled free. The sand under and around the ship must be removed first.

The Ever Given, 430 yards long, more than four football fields, has been stuck in the canal since Tuesday, blocking over 200 other ships trying to pass through the canal.

More than 30 of those ships are oil tankers and the logjam has caused crude oil prices to jump, two dollars a barrel Friday.

Around 10% of world trade flows through the canal.

The Ever Given is stuck three and a half miles north of the canal’s southern entrance.

Experts from a Dutch salvage team are leading efforts to free the ship. So far, they have only said the job to refloat the ship could take days to weeks.

Graphics from a shipping firm shows hundreds of ships waiting to access the canal.

Even after the ship is refloated, the blockage will cause problems at ports around the world and complicate a supply chain that was already devastated by the pandemic.

The ship’s Japanese owner, who has apologized publicly, said he hopes the ever given will be refloated by Saturday night.