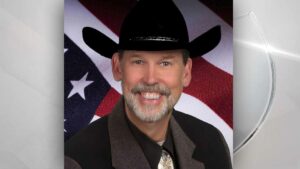 The Douglas County Board of Commissioners were deeply saddened to hear about the sudden passing of Oregon State Representative Gary Leif, who died unexpectedly in Roseburg on Thursday, July 22, 2021. The Commissioners together with their families, would like to would like to extend their sincere condolences to the family, friends and colleagues of Representative Leif, and pay tribute to the time he served Douglas County and our District.

“I was honored to work alongside Gary as a County Commissioner, and proud of him for stepping up to the State level during a very demanding and difficult time.  His dedication and willingness to serve the citizens of Douglas County and his District will forever be remembered,” commented Commissioner Tim Freeman.

“When I filed and then won my bid for Douglas County Commissioner Position 1, Gary graciously reached out and offered his assistance to me.  Until recently, we served together on the Board of Directors for UCAN.  He truly loved Douglas County and dedicated his life to helping and serving others.  This is a tremendous loss for our County,” stated Commissioner Tom Kress.