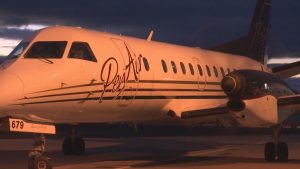 Klamath Falls, Ore. – A week after PenAir declared bankruptcy and halted flights out of Klamath Falls, the TSA head for Oregon said the federal agency doesn’t want to go anywhere.

He attributes it to difficulty of finding pilots and making enough revenue in at a small-scale airport.

Irwin said the agency now has less than 90 days to decide whether they’ll stay at the airport.

They hope another airline can be brought in before the deadline, or they’ll have to pack up their equipment and leave once again, which is very expensive.

“It’s of course up to the city and the airport to find commercial service,” Irwin said. “But we’re of course going to do everything we can to sort of hold on until they do that”

TSA staff normally based at the airport are currently working in Medford, two of them permanently. The other eight are working part-time shifts.

Depending on what happens in Klamath Falls, may have to relocate.