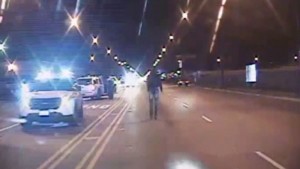 (NBC News) More protests are expected in the wake of the release of graphic dashcam video of a Chicago police officer fatally shooting a teenager armed with a knife.

The outrage is not only because a black teenager was shot by a white police officer, but also because it took more than a year for city officials to release the dashcam video.

“When investigating police officer cases, it isn’t the same as one gang member shooting another,” Cook County State’s Attorney Anita Alvarez said of the delay. “Officers are trained they can use deadly force when appropriate. A case like this, you can’t make a split second decision.”

The teen did have a knife, but Van Dyke was the only officer to fire his weapon at the scene.