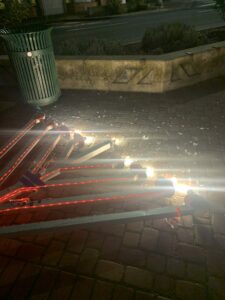 Previously, on December 23, 2022, Medford officers responded to a report of vandalism where a Hanukkah menorah light fixture was pushed over, and the bulbs broken. Police arrested 24-year-old Isaiah Cleveland on scene, who police say admitted to the vandalism, and was lodged at Jackson County Jail.

Five days later, the same light fixture was vandalized for a second time, this time requiring it to be fully replaced. After investigating and reviewing video footage, police determined it was Cleveland again, and arrested him on December 30th. He was lodged again at Jackson County Jail.

Police said at the time of the December 23rd arrest, Cleveland gave no indication that his actions were antisemitic. 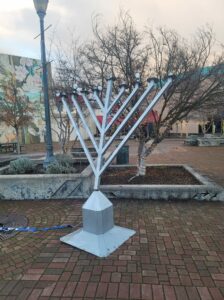