JACKSON COUNTY, Ore — Many restaurants across the Rogue Valley are struggling to stay afloat, with some closing or scaling back hours due to nationwide staffing shortages.

BricktownE Brewing Company in downtown Medford, permanently closed its doors last Friday. In a Facebook post, the restaurant cited staffing and food import issues as some of the factors that contributed to the closure.

Schoolhaus Brewhaus in Jacksonville, were forced to push back its normal daily opening time and has been closed since last Wednesday. 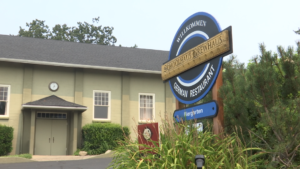 Nelson also noted difficulties in products being imported from Germany.

“Labor shortages definitely affected us, especially being a German restaurant,”  Heidi Nelson, General manager with Bigham Knoll Properties told NBC5. “It takes a special skill and technique to master the [German inspired food] recipes, and we want to produce the best quality that we can.”

During the closure, the company has been creating different ways to bring in new workers as well as keep its current customers. Nelson says it plans on adding amenities on the campus like sports courts and a bakery.

The City of Jacksonville has also approved the site to host a farmer’s market in the future.

“I thought it was a great opportunity to kind of give people hope,” Nelson said. “To show that we have more options other than just the restaurant.”

Oregonians that continue to receive unemployment insurance benefits, are now required to report their work search activity when they file a weekly claim.