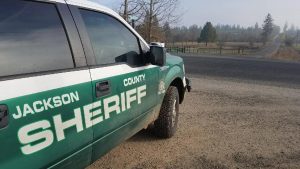 JACKSON COUNTY, Ore. — While evacuation levels have decreased in for the Almeda Fire, much of Talent and Phoenix is still under Level 3 evacuation orders. Police are asking residents to stay out, for safety reasons.

The Jackson County Sheriff’s Office says personnel are manning the roadblocks into these areas to minimize looting. The National Guard, Jackson County Roads, Oregon Department of Transportation and local law enforcement are all assisting in this effort.

Police say in the last 24 hours, there have been four incidents, where staff has been hit by cars.

The sheriff’s office also says multiple drivers have been arrested for DUII in the last two days in the evacuation areas. Police are asking drivers to be cautious when driving.