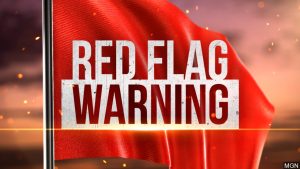 JACKSON COUNTY, Ore. —  Due to the Red Flag Warning issued by the National Weather Service in Medford for Sunday, all of Jackson County is being placed on a Level 1 “Be Ready” evacuation.

Parts that were already on Level 2 or Level 3 will remain at that level until it is changed.

Jackson and Josephine Counties said residents should be aware of the fire risks, monitor emergency services websites and local media outlets for information and updates.